What is Laughing Yoga ? 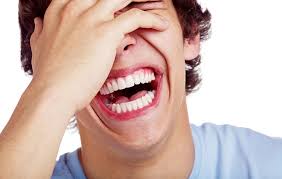 Laughing yoga is a unique practice in itself in which we " laugh for no reason" We use various " child like playfulness " or  "games"  to kick start laughter mainly for the health benefits associated like increased happiness, reduced stress and improves the level of energy/oxygen in the body or work efficiency.  Laughing always feels good. :) 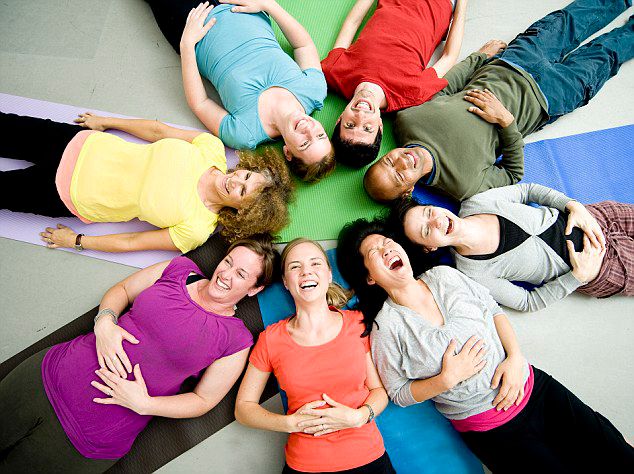 Here is a video link that will give you an idea of how it looks like,  https://www.youtube.com/watch?v=lGNOF8DVIPQ.  A simple search on youtube with laughing yoga will tell you all about it.

Laughing yoga cuts the cultural, social,political, age, gender or any such barriers and help us to  to connect as people using simple universal " laughter " . No matter if you're from Europe , south americal or Asia, we all have a common denominator that we " love to laugh" 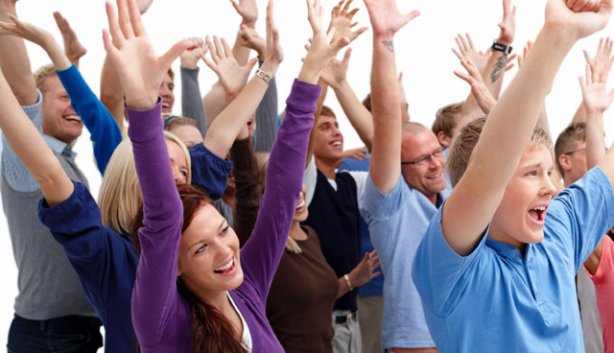 Laughing Yoga was started by a medical doctor, Dr Madan Kataria in year 1995 , around 20 years ago in small park in mumbai, india and its now in over 100 countries and thousands of people are associated with it from all around the world.

It is also based on a scientific fact that pretending to laugh and natural laugh has same health benefits, your body doesn't know the difference between the two. In fact , many a times, a 'pretend' laugh becomes real and spontaneous and in many cases contagious especially in a group.

Yogi NIkhil Thapar ( or Nick for short) comes from India, New Delhi. With his base in Dharamshala, India  he has been travelling and teaching throughout India and abroad from past 7-8 years including Thialand, Russia, Nepal and various parts of India. 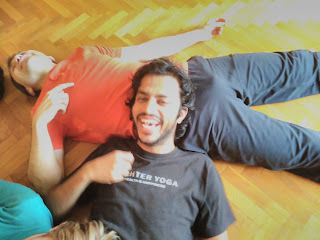 He is a a Certified Laughter Yoga Teacher ( CLYT) , trained by the founder himself, Dr Madan Kataria at Banglore, India and has been spreading his message from several years. He has not only conducted hundreds of laughing yoga sessions himself but trained many new laughing yoga leaders in various countries including USA, Turkey, India etc who is spreading the same joy and laughs across borders.

Along with laughter yoga, he is also a trained Ayurvedic Masseur and a hatha yoga teacher as well. He  did his Hatha Yoga Teacher Training program from Sivananda Yoga Vedanta, Madhurai, India and ayurvedic massage certification, from School of Ayurveda and Panchakarma, Kerela, India recognized by STED Council( a NGO registered under government of India). He has also trained many new yoga teachers under the RYS 200 program including students from Germany, India & Japan. 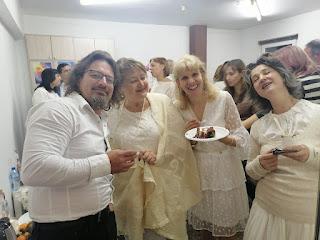